Recently, Ford Motor Company’s CEO Jim Hackett has stated that the company in the coming years, as soon as next year possibly, will see a reduction in the offering of road cars available from Ford, in the United States. As a result, the only road cars available in the United States will be the Mustang, Focus Active (Crossover Focus) and recently a plan for a Fusion (Mondeo) station wagon – crossover, to take aim at the Subaru Outback- probably the Fusion ‘Active’. This means the New Fiesta and New Focus, the C-max, Fusion(Mondeo) and the dated US-Spec Taurus will be phased out. 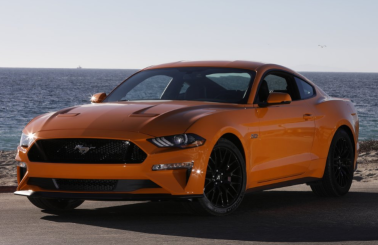 This brash decision has been made on the basis that there is much less consumer demand for road cars in the recent few years; especially in comparison to the surge in the consumer demand of crossovers in recent years. While Ford’s profits show that the income had increased slightly compared to the same period from the year before, with earnings increasing 43 cents per share. However their profit margin a year ago was 6.4% and has now dropped to 5.2%. Profits before taxes dropped from $2.5 billion to $2.2 billion. Globally other markets of Ford have either stated a loss or decline in profit. However in Ford biggest and most important market, North America, the profit margin dropped from 8.9% to 7.8%. Even more, in North America, their profit margin was less 2.7% less than what their key competitor- GM’s profit margin was.

To most this plan is not very favorable, especially among ford enthusiasts in the States; this announcement has been made shortly after the official reveal of the all new Ford Fiesta ST, and the all new generation of the Focus. This may have been evident that less interest was being put into their road cars for the states; not long ago, it had been leaked that executives in Ford didn’t have any plans to update the current Fusion/Mondeo, and that the new Fiesta & Fiesta ST wasn’t confirmed for release for the United States. Sadly in the recent years past, the ‘One Ford’ initiative introduced by the then Ford CEO Alan Mulally who seeing Ford where lacking a presence of compact cars in North America, yet where renowned in Europe for the compact cars coming out of Ford Europe.

Ford North America hadn’t seen a European Ford officially on sale since the 1980’s, which consisted of the Ford Fiesta Mk1, which last only a few years (due to a lack of parts available), and the Ford Sierra XR4i Coupe and the Ford Scorpio, which where both sold under the ‘Merkur’ brand, and before that, America had a taste of the Anglia, Capri and Cortina which were looked fondly upon.

There was the mk1/mk2 mondeo, sold as the ‘Contour’, but it was only well received under the SVT performance trim. The shame in this is that this help improve the image of Ford as a whole, introducing these cars in america, as well as the performance image. There was the first gen focus, which was very popular, especially under SVT (ST170) trim. The Focus ST, Focus RS and Fiesta ST sold very well, winning awards among the American motoring press and establishing a more expanded, keen enthusiast base. Prior to this Ford North America hadn’t had a great image with compact cars, taking it into their own hands to produce a car, they’d end up with a watered down mazda based car, with unappealing looks and build quality. If someone wanted as fast ford, they’d have to buy a mustang, which was sort of dated, heavy and not up to scratch in handling and driving dynamics.

Jim Hackett aims to put all of the eggs into one basket, focusing on Crossovers, SUV’s and Trucks due to increasing consumers trends. In all, this doesn’t seem so great an idea in terms of flexibility, from the outset at least on the face of things, people would be right to question what would Ford do in the event of a significant increase in fuel prices, or for some other reason, possibly not-so-predictable reason that could cause a sudden change in consumer trends, or if the crossover craze among consumers declined a noticeable bit- what would Ford do? Hopefully Ford benefits from this move; after all Nissan hadn’t been selling much road cars globally (outside of the States, in most markets) not so long ago, introduced the Qashqai and Juke, which help revenue; until the Juke had been mostly discontinued, it was their second-best selling model. Hopefully this isn’t permanent, as it has improved Ford’s image among one of the largest automotive consumer markets, North America, which can tend to lead consumer trends.